What was up with Robert Garrigus putter at the U.S. Open? One of the few Americans in the field who ended up a low score. He tied for third at the U.S. Open but that was not what everyone was talking about, instead it was his 28.5 inch putter he pulled out of his bag. Garrigus has been using the short stick putter since he was 19, using several different models over the years he brought this putter back out specially for the major. 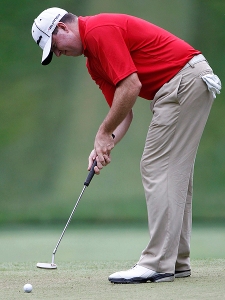 One thought on “Robert Garrigus Putter at The U.S. Open”